I’m hopeful that ニマイメ (Nimaime, "The Second One") will be released internationally soon.

Somebody at Weezer's record company introduced us after I told them that I was looking for a Japanese speaking gaijin collaborator.

We performed our song 夏は来ぬ (Summer Has Come) in an ad for Japanese clothing company Uniqlo.

Here’s a few pics of Scott and I. 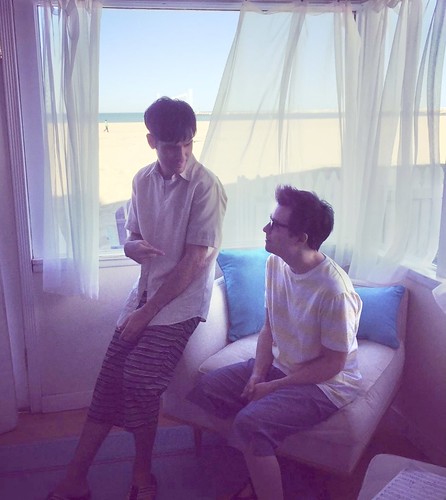 Listen to Scott & Rivers on Spotify