Mikey was Weezer’s second bassist. I met him at the legendary Fort Apache studio in Cambridge in '95 or so? I was working on B-sides. He was playing for Juliana Hatfield at the time.

He first started playing with me in '97 in Boston, during the band’s hiatus. I saw him performing at a Boston club (the Paradise) in a Kyuss cover band. I recruited him and the drummer Zeph to help me with a batch of songs. I wasn't sure if this was going to be the next Weezer album or a new band. (I considered naming it 'Lovely'.) He officially joined the weezer in '98.

He appeared on the Christmas CD and The Green Album. However, his very first appearance on a Weezer song was our cover of Velouria recorded in ‘98 and released in ‘99. He left the band in 2001 but played live with us for a couple songs during two shows in 2010 and 2011.

After Weezer, he retired from music to focus on art. He was a pretty amazing artist. He lived with his wife and two kids in Vermont.

He's the one who came up with the name Goat Punishment.

Sometimes I wonder what Mikey would be like in 2020. He had such a punk spirit that loved to outrage the establishment. 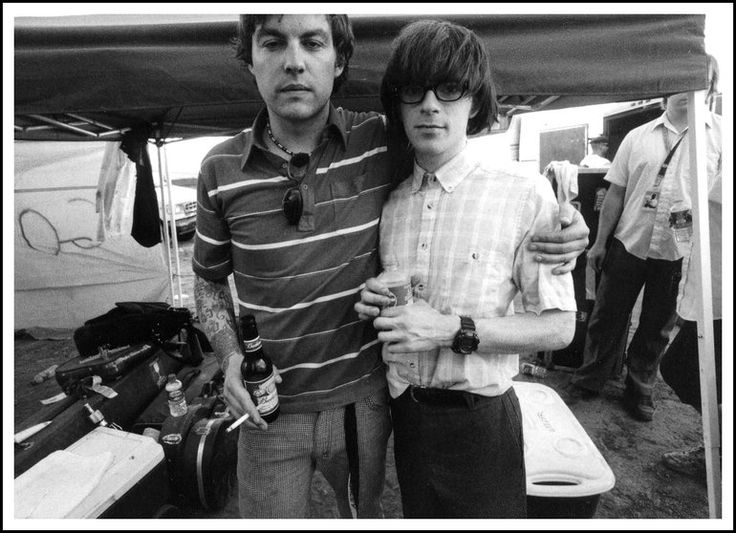